Why It Seems Like Bullies Are Everywhere—and How to Stop Them
Bullies try to intimidate people they see as weak or vulnerable. Here’s how to respond. 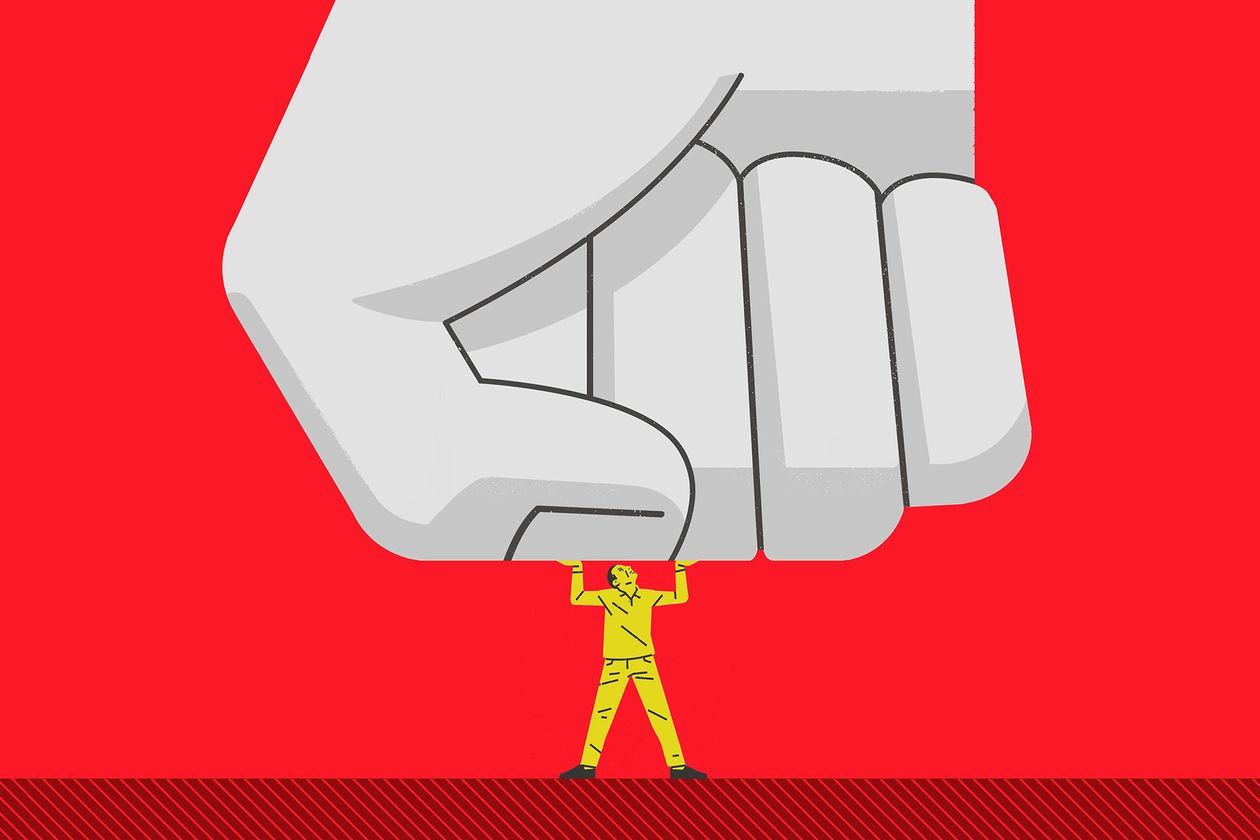 I have something to say to the guy who pulled up behind my VW Beetle recently in a jacked-up pickup truck, honked furiously while I waited for a pause in oncoming traffic to make a left turn, then followed me for blocks so close on my tail I could see the sweat on his brow while he yelled obscenities at me out the window.

You don’t scare me.

People tried to push each other around before the pandemic. But lately it seems as if the bullies are taking over. Constant fear and anxiety fuel anger. The move of many of our interactions online means we are having less face-to-face communication; psychologists have long known that this decreases empathy, while anonymity—or the illusion of it—makes it easier to misbehave. And in a time of deep polarization, the tone of public discourse has grown more antagonistic.

A bully is someone who tries to intimidate another person, often repeatedly, whom he or she sees as weak or vulnerable. According to psychologists, bullies have four personality traits—called the Dark Tetrad—that often occur together: Machiavellianism, which is a tendency to calculatedly manipulate others for your own good; psychopathy, an attribute that includes a lack of empathy and a willingness to take risks; sadism, the propensity to derive pleasure from inflicting pain on someone else; and narcissism, an obsession with self and feeling that you are better than other people.

When we think of narcissism, we think of the extreme—someone loud, blustery and grandiose, who feels superior to others and needs constant admiration. These folks typically have narcissistic personality disorder, which is a formal diagnosis in the primary handbook for diagnosing mental disorders, the DSM-5. Yet, narcissism—an excessive interest in oneself and sense of entitlement—occurs on a spectrum, and most of us have some, says Brad Bushman, a professor of communication at the Ohio State University in Columbus, who studies narcissism and aggression. Have you ever rushed into an open spot in a busy parking lot before someone else can grab it? That’s narcissism.

In a yet-to-be-published review of 26 studies on bullying, with almost 17,000 participants, Dr. Bushman and his Ph.D. student, Sophie Kjaervik, found that the more narcissism a person has, the more likely he or she is to be a bully. People who have relatively high levels of narcissism are 20% more likely to bully than those with low levels, the analysis showed.

This is because people who are very narcissistic display a trio of behaviors called the Triple E: exploitation, entitlement and empathy impairment, according to Craig Malkin, a clinical psychologist, lecturer at Harvard Medical School and author of “Rethinking Narcissism.” They exploit others, doing whatever it takes to feel special. They feel entitled, acting as if the world owes them and should bend to their will. And they lack empathy, often becoming so fixated on the need to feel special that they stop caring about the feelings of others.

These people don’t want to be told what to do. When someone tries, they lash out. “They’re trying to shore up their sense of importance,” Dr. Malkin says. “Bullies are motivated by fear—fear of feeling insecure, fear of being unconfident, fear of being exposed.” The more stressed or threatened they feel, the more they bully.

While reporting this column, I heard stories of people being bullied by family members, co-workers and strangers. In Florida, a doctor described being screamed at by the husband of a patient. In California, a college student related a 20-minute bombardment of hostile texts from a former friend, accusing her of being a terrible person. In North Carolina, a writer told of an acquaintance who sent emails threatening to disrupt a meeting the writer was planning to attend.

How should you respond to a bully?

First, determine whether you are safe. If not, call security or the police. Document the bully’s behavior. This will help if you need evidence, and it will keep you from doubting yourself.

Do not engage. “The only winning move is not to play the game,” says Laurie Helgoe, a clinical psychologist and author of a book about narcissism called “Fragile Bully.” Engaging will encourage the bully, who will respond to feeling threatened by attacking more, she says.

Don’t let the bully take up space in your head. Try to limit how much you think or talk about the person to others. Block the bully on social media. “You’re establishing a boundary,” says Dr. Helgoe, an associate professor at Ross University School of Medicine in Bridgetown, Barbados. “You aren’t going to let the bully take over your life.”

Accept that you’re not going to change the person. Don’t blame yourself and don’t personalize the behavior. “You’re just the one in their line of fire at the moment,” says Ramani Durvasula, a clinical psychologist, professor of psychology at California State University, Los Angeles, and author of “Don’t You Know Who I Am? How to Stay Sane in an Era of Narcissism, Entitlement and Incivility.”

Imagine your reaction. Do you want to tell the bully off? Pummel him senseless? Picture all of it, including the look on the bully’s face. Just don’t act on any of this, says Dr. Malkin.

If you must respond—if the bullying is ongoing and destructive—make sure you offer a meaningful consequence. You’ll probably need an authority—the police, a teacher, a human resources department, a lawyer—to do this. “Consequences shape behavior,” says Dr. Durvasula. “A rat goes down a maze to get cheese.”

And remember what my grandmother, who grew up on a farm in Minnesota, taught me: “Don’t get in the mud with pigs. The pigs love it. And you just get dirty.”